UIDAI: Want to know your Aadhaar history? Here is how you can track for the past 6 months 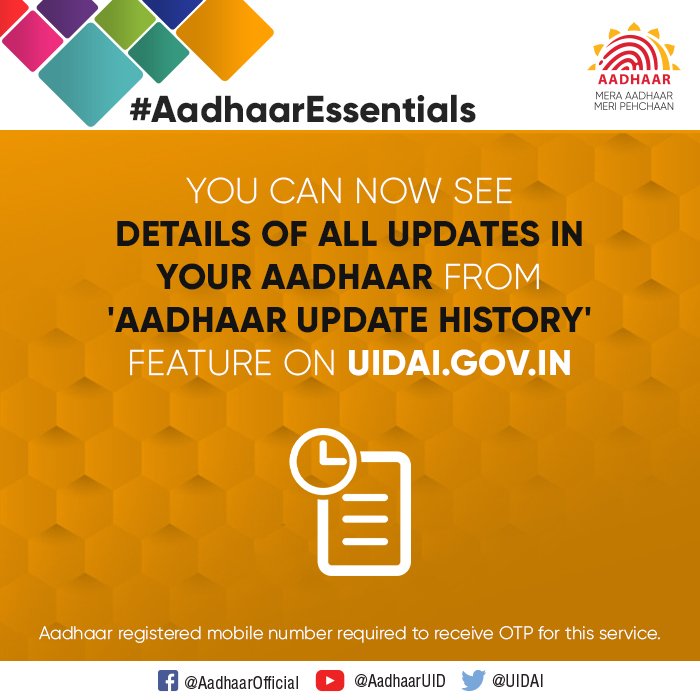 Here’s how the procedure works, as per UIDAI.

However, it needs to be noted that, registered mobile number is mandatory to avail this service.

Aadhaar number holder can view details of all authentication records performed by any Authentication User Agency (AUA) or by him/her in the last 6 months. However, a maximum of 50 records can be viewed at one point of time.

There can be an occasion where the listed authentication transaction is not performed by the Aadhaar number holder. Here, the resident may contact the respective Authentication User Agency (AUA) for further details.