New Delhi: With hundreds of cases coming to light in the past one month, swine flu is again making headlines in the country. According to official data, at least 4,571 people — an average of 168 cases per day — have been diagnosed with H1N1 virus so far. Swine flu has claimed 169 lives across the country since the beginning of the year.

As per data compiled by the National Centre for Disease Control (NCDC), Rajasthan is the worst affected state with at least 1,856 (40%) of the total cases being reported from the state as of January 27. The state has witnessed 72 deaths in the past one month. 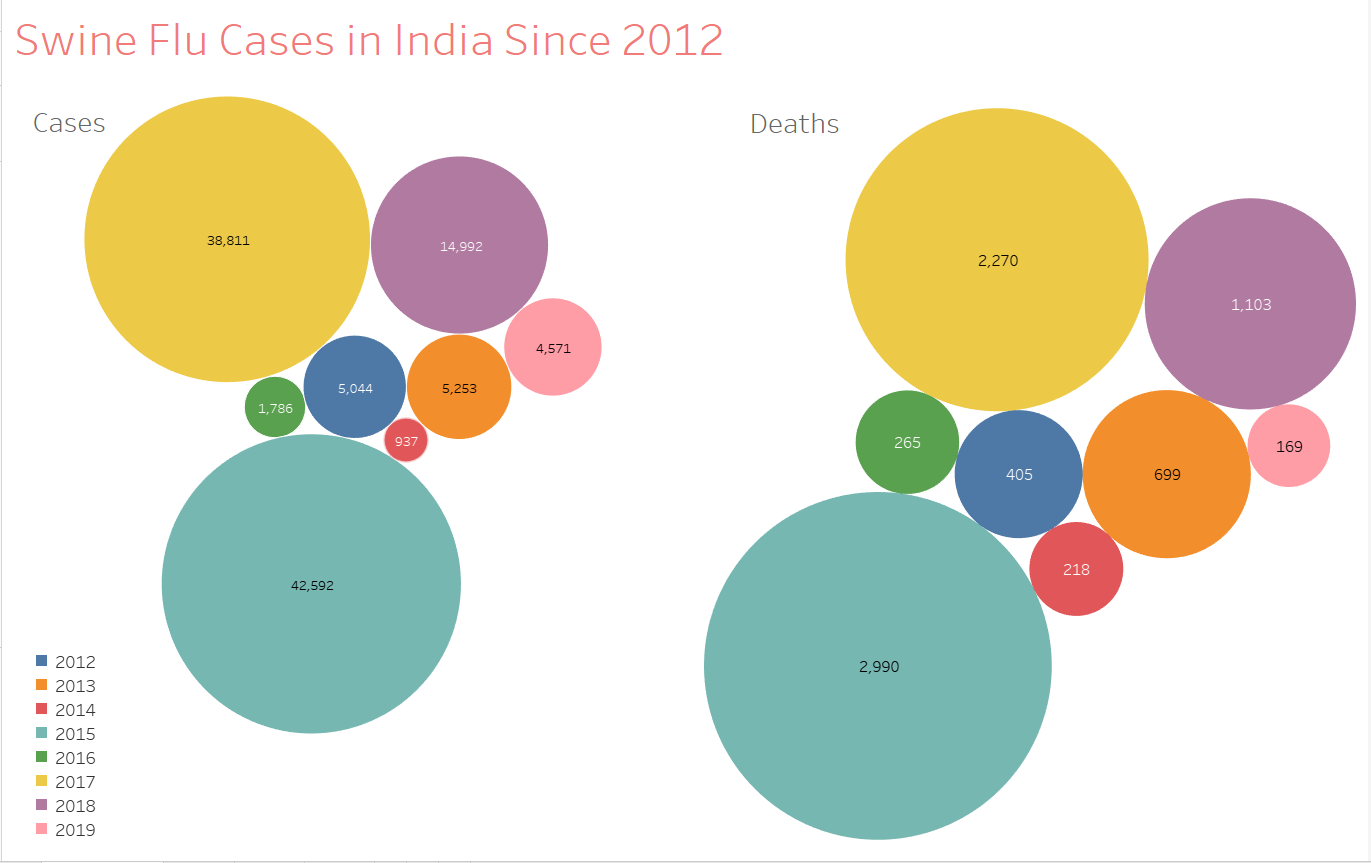 In the national capital, as many as 479 cases have been registered since the beginning of the year.

The number of H1N1 cases have seen a spike since the disease broke out across the country in 2015 when at least 42,592 cases were reported. BJP chief Amit Shah was also diagnosed with swine flu on January 20 and was admitted to All India Institute of Medical Sciences (AIIMS). He was discharged last week.

After early outbreaks in North America, H1N1 has spread rapidly around the world with the World Health Organisation (WHO) issuing a global pandemic alert for it in 2009. In 2010, swine flu was classified as a seasonal influenza virus.

Swine flu cases generally spike in the winter months of December and January in the west and north of the country including in Rajasthan and in New Delhi.

How to link Aadhaar with mobile number, if you have still not linked SIM to UIDAI card

Hi, I hope you are doing well. I want to contribute a guest post article to your website that may interest your readers. It would be of high quality and free of cost. You can choose the topic of the article from the topic ideas that I'll send you in my next email once you approve this offer. Please note that I will need you to give me a backlink within the guest post article. Please let me know if I shall send over some amazing topic ideas? Regards, Lindsay Johnson

My question If availing moratorium for another two yrs does we have to pay interest as well like in incured in past 6 months moratorium from march 2020 till august 2020 on HL, PL and Cunsomer loans. And Does in this restructuring we dont have to pay loan emi for 2 yrs or emi will be lowered.

My question If availing moratorium for another two doea we have to pay intrest like in incured in past 6 months montorium from march 2020 till august 2020. Does in this restructuring we dont have to pay loan emi for 2 yrs or emi will be lowered.

Margaret B Jones - How to Cancel Amazon Orders

My computer has been offline for a day or so and now I can't get back on Amazon. What can I do? Please help.

I don't want to cancel an order. I simply want to be able to get back on Amazon. Why can't I sign in? My computer was offline for a day or so, but I am back on now. So why can't I access Amazon?